Illya Muchnyk is a Counsel in the Kyiv office and the Head of the firm-wide Fintech subsector. He focuses on structuring complex cross-border M&A transactions and debt/equity financings as well as landmark financial restructurings. Among his clients are leading private equity funds, domestic and international financial institutions and major Ukrainian industrial groups.

Illya has significant experience advising on various legal, tax and business issues. He holds a Certificate of Securities Trader obtained from the State Commission on Securities and Stock Market of Ukraine in 2005. He is also an elected arbitrator of the Arbitration Court of a major Ukrainian stock exchange, First Securities Trading System.

We would like to mention Illya Muchnyk, Legal Counsel at Kinstellar. Illya has an ability to understand needs and concerns of a client – communicate and defend them in negotiation process. Illya is always taking an extra step, which makes the difference compared to the other legal advisers. On top of that he has a deep understanding of business and helicopter view of the transaction process.’

Mr Illya Muchnyk has always been our point of contact. He is highly professional and has in depth knowledge of the Ukrainian legal framework as well as its peculiarities. He is always ready and willing to provide assistance and guide us through difficult issues and complicated cases, effectively and efficiently.

* Experience prior to joining Kinstellar 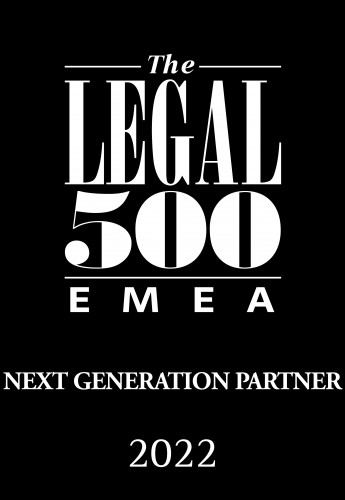