Viliam Myšička is a Partner in the Bratislava office and the co-head of the firm-wide Technology, Media & Telecommunications (TMT) sector. He focuses on M&A and corporate, TMT, restructuring and insolvency and real estate.

Clients appreciate that he is 'always on time with results and he is very friendly', while other interviewees highlight that he is 'a pragmatic, goal-driven lawyer'.

He is highly respected on the market for his experience in real estate transactions, including office and logistics asset acquisitions. 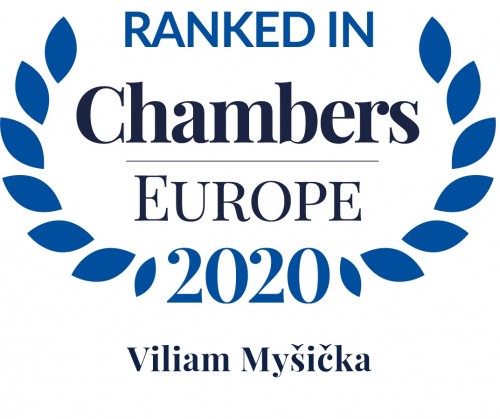